Apparently Hideki Matsuyama's Masters win clouded my judgment to the point where I forgot that, if Jason Day is the king of the withdraw, then Hideki is the prince in waiting. I was actually watching the moment that precipitated it on Thursday. As they emerged from a weather delay, he was -4 and sitting comfortably in the top ten. He then proceeded to three-putt a short par 4 for a double and you could see his interest dissipate immediately. When I scrolled to the bottom of the leaderboard to find his "W/D" on Friday, I was not the least bit surprised.
(He tested positive for COVID-19 you fucking nincompoop).
Oh. Never mind.
TWEET OF THE WEEK
Below you will find the second best legal advice I found on Twitter last week. But for by far the best legal advice you will ever get (and I mean by far), watch this . . .  "Shut the Fuck Up Friday." 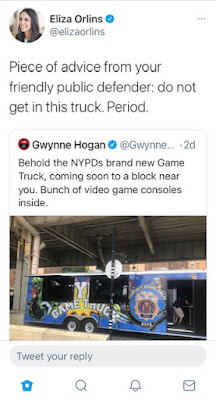 GOLF ANALYSIS FOR THE REST OF US
It's gonna be a thin one this week folks. First of all, the field is awful. Cameron Tringale isn't even playing but if he was, he'd cost like $9,400 which puts us in "Sucks" range. I mean Seamus Power will run you $9,000 presumably based on the fact that he's strung together four top 20 finishes in a row and he's on an epic three year run at the John Deere Classic of T25, T16 and T61. HE'S RANKED 237TH IN THE WORLD!!!
I started working on the historical performance chart but why bother? All you need to know is that low-key (boring) players dominate this event. When Steve Stricker and Zach Johnson were in their primes, you'd flip a coin to decide which one to pick. Today that coin flip is between Brian Harman, Russell Henley and Kevin Streelman (and probably still Zach Johnson). And yes I have a four-sided coin. Shut-up.
I'm going with Streelman because he's managed to climb to 53rd in the world playing Wilson Staff irons (allegedly). That means he'd be in the top 30 playing Titleist and the top 15 playing Mizuno.* If, however, you want to go with Henley, I will not stop you but he tends to miss a cut for every two he makes and he made his last two. If that makes sense.
From there I have no idea but I do believe that either Maverick McNealy, Doc Redman or Denny McCarthy is going to win this year. I have no idea why I always lump those guys together but I do. They're kind of like Chris Evans, Chris Pratt, Chris Pine and Chris Klein. I mean who knows which one is the best? (I do . . . it's Chris Pine . . . watch Hell or High Water people . . . watch it).
One and Done Pick: Kevin Streelman
Other Guy I'd Pick: Zach Johnson
Sleeper Pick: Andrew Landry
DraftKings Top Ten Values

* I hear this is how you find sponsors. Only took me ten years to try it. And we kid because we love Wilson Golf.