Goodell Gets One Right

Last Friday it was announced that Ray Rice had won his appeal and would be reinstated meaning that he is now eligible to sign with an NFL team and begin playing again (whether any team will have him is another question). The successful appeal reversed commissioner Roger Goodell's decision to suspend Rice for the rest of the season because he had previously suspended him for only two games and then increased the length of the suspension despite the lack of new evidence that would have entitled him to do so. Goodell got that one wrong from a procedural standpoint because he should have suspended Rice for the whole season in the first place instead of subjecting him to double jeopardy.

It wouldn't be long before Goodell was handed another chance because, on November 4th, Adrian Peterson plead no contest to a misdemeanor charge of reckless assault arising out of an incident where he beat his four year old son with a stick. You can read about the extent of the beating and view photos elsewhere as my goal here is not to be salacious but I will note that bruises were left, blood was drawn and again, the boy was only four years old. As a result of the plea, Peterson avoided jail time but had to pay a $4,000 fine and must perform 80 hours of community service.

On the heels of the legal disposition, Goodell made the decision to suspend Peterson for the remainder of the season. Peterson had previously been on the NFL's version of paid administrative leave but, from that point forward, he was suspended without pay. He immediately appealed the suspension which is his right and there was a hearing on the matter this past Tuesday. If the announcement of the ruling takes as long as it did in the Rice case, we won't know Peterson's fate until close to New Year's Eve.

But this case is about so much more than whether Adrian Peterson was improperly denied the right to play football and get paid for half a season. It has sparked a debate about the degree to which Peterson did anything wrong as certain members of the media and the public (to the extent we can measure it through message board posts and tweets) have been widely sympathetic to him despite the nature of the crime he admitted committing. The basis for that sympathy was pretty much summed-up by Peterson's attorney, Rusty Hardin, when he said in a September 12th statement that "he [Peterson] used the same kind of discipline with his child that he experienced as a child growing-up in East Texas."

So presented with an early opportunity to influence the debate, Hardin decided to go with the old "well, that's how we've always done it" defense. Applying Hardin's logic, we should hit the rewind button on bike helmets, wall socket covers and car seats and go right back to child labor because that's the way it used to be. (Wait, I forgot that's already happening in our tobacco farms). For that matter, let's take it all the way back to 1870 when you could still beat your wife before an Alabama court went and got all progressive by ruling that "the privilege, ancient though it may be, to beat her with a stick, to pull her hair, choke her, spit in her face or kick her about the floor or to inflict upon her other like indignities, is not now acknowledged by our law." (Fulgham v. The State of Alabama, 1871).

Fast forward to 2014 and you get universal outrage when Ray Rice hits his fiancee but conflicting opinions on whether Peterson was wrong to beat his son with a stick in exactly the same manner described by the Alabama court. And in a somewhat twisted case of irony, the reason Mrs. Fulgham was beaten in the first place back in 1871 was because she attempted to stop her husband from flogging their children. So how is it that we, as a society, have advanced so far in the way we view violence against women but we're still back in 1870 when it comes to violence against children? Especially when the basic law that is supposed to protect us all from getting beaten makes no exception for age or familial relationship. The definition of the crime of battery is simply "a physical act that results in harmful contact with another's person without that person's consent." I looked it up in a dozen sources and found no exception for harmful contact inflicted upon a child by a parent.

One reason we're so far behind on this is obvious. A four year old boy cannot advocate for himself even though Peterson's son sure tried by allegedly telling police that "daddy Peterson hit me on my face." His son also indicated that he had been hit with a belt adding "there are a lot of belts in daddy's closet." But every child does not get the opportunity to be heard so abused children therefore must rely on advocacy groups who have found a tough road advancing their cause in a society that generally accepts or looks the other way when it comes to abuse perpetrated by parents on their own children.

It certainly doesn't help when high profile athletes and former athletes like Reggie Bush and Charles Barkley* openly defend Peterson's actions. Barkley basically echoed the Hardin position when he said on the Jim Rome Show that "I'm from the south. Whipping is . . . we do that all the time." Yes, by all means let's have a dose of wisdom from Barkley who in 1991 attempted to spit on a fan and hit a little girl in the crowd instead. And in 1997 threw a man through the plate glass window of a bar in Orlando, Florida. And in 2008 was arrested for drunk driving and subsequently served three days in jail. And in 2006 admitted to losing approximately $10 million gambling before acknowledging in 2008 that he had failed to repay a $400,000 debt to a Las Vegas casino. Quick, someone get me a belt because I want my kid to turn-out like that.

Then there's Reggie Bush who told WFAN radio that "I was punished the same way." Bush went on to say that when it comes to disciplining his one year old daughter, "I definitely will try to - will obviously not leave bruises or anything like that on her . . . but I definitely will discipline her harshly depending on what the situation is." Bush stops about an inch short of admitting that his form of harsh discipline involves corporal punishment on his one year old daughter which is good because it is universally accepted that, at that age, babies have no concept of consequences so spanking them has no sustained teaching effect. I'm sure Bush knows that so when he said that he would "not leave bruises or anything like that on her," he meant that he would never hit her in the first place.

Now let's get back to Hardin because I expect more from my legal brethren (though I have no idea why when they so often let me down). What's really insidious about Hardin's public defense of his client is that, in attempting to justify Peterson's actions, Hardin perpetuates a cycle of violence against children instead of taking this opportunity to help break it. His statement doesn't even serve his client because from a public relations standpoint, it would have made more sense for him to say something to the effect of, "Adrian now recognizes that the disciplinary treatment he was subjected to as a child was overly harsh and he plans to take what he has learned from this experience and use it to advocate against similar treatment of children in the future." That's straight out of the Michael Vick character rehab playbook which has been proven to work and is barely five years old.

The law saw fit to let Peterson off with a fine and some community service but Roger Goodell decided to go a step further and he was right. In his letter to Peterson, Goodell wrote that "we are unaware of any effort on your part to acknowledge the seriousness of your conduct and your responsibility to demonstrate a genuine commitment to change." Was that overly preachy? Maybe, but the message was right. Based on his initial response and that of his attorney, it was clear that Peterson either didn't want to admit or just didn't know that he went too far. All he had to do was say that he was wrong to beat his son so severely. That simple message from Peterson himself (and not his attorney) would have changed the whole tone of the discussion to one about how we can better define the line between disciplining children and abusing them. Instead Hardin and Peterson decided to use the past as a scapegoat and left Goodell no choice but to send the message that they chose to avoid.

* I did not do an exhaustive search for Peterson supporters but Barkley and Bush were two of the first three names to pop-up along with that of Sean Hannity. Hannity went on a bizarre rant about how he didn't want Peterson to lose his job because, when he was a child, his own father had hit him repeatedly with a belt and it did not result in Hannity having to see a psychiatrist. The rant was crazier than I just made it sound and it clearly made the Fox News panel to which he was speaking uncomfortable. Stephen Colbert addresses it better than I ever could in this clip. 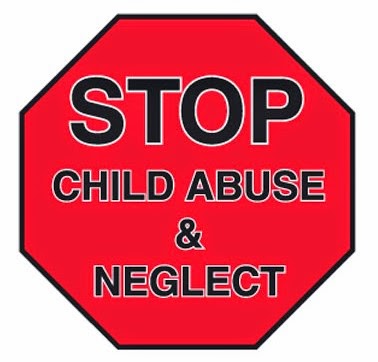